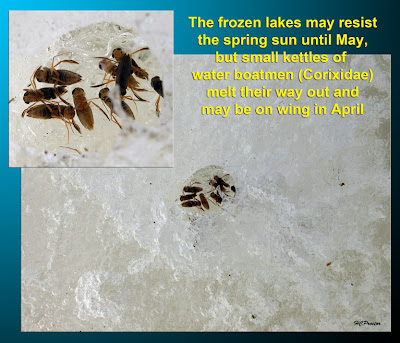 Thanks to everyone who offered supportive emails and comments over the last few weeks. They were much appreciated. Even without family tragedies, I find this time of the year, February through March, the most bleak and difficult in Alberta. The winter has dragged on, the holidays are past, and it will still be two or three months until there is more than the faintest signs of life escaping from the icy shell. Sometimes one has to dig deep to find some winter bug interest. 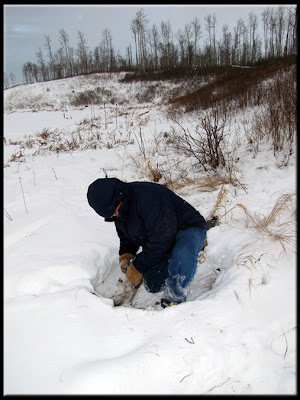 The winter weather here derives mostly from the struggle between cold Arctic air masses moving south and warmer, moist Pacific air masses trying to force their way over the Rockies. Every now and then the Arctic air breaks away and drifts further south, bringing storms and snow to the US, but often letting in enough Pacific air to give us a brief thaw and a view of an overly optimistic fly, spider, or lacewing basking in the faint sun. The few days of warmth are appreciated, but the false springs are soon gone and below zero weather reigns again. Under the snow, however, there is a lot going on, and it is always worthwhile to shovel down and see what is up. On our last snow-delving trip to the Moose Pasture, we found something unexpected - a superfamily of tiny (3 mm) bugs we didn’t know we had – jumping plant lice Psylloidea. 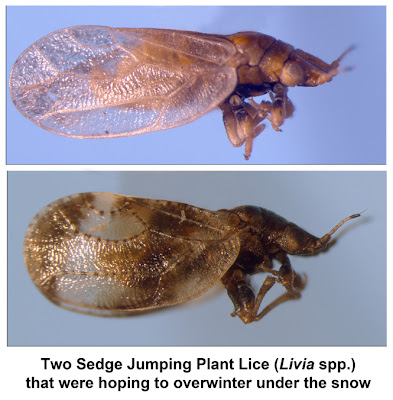 In Australia, I would have called these lerps, or if being more formal, psyllids, but neither is technically correct. A lerp is actually a sugary covering of the larvae of some psylloids and a much appreciated food for some Australian birds, such as the infamous Bell Miner (Manorina melanophrys). You don’t have to go to Australia to see lerps – California is close enough to see the The Redgum Lerp (Glycaspis brimblecombei) devastating introduced gum trees. But fortunately no one has introduced the Bell Miner or it’s similarly aggressive but more flower-loving cousin the Noisy Miner to North America. The latter is slightly larger than a North American Robin, more aggressive than the Mockingbird (but lacks any musical ability), hangs out in gangs, and vigorously beats up and chases away any perceived competitor or threat. But at least they don’t farm psyllids. 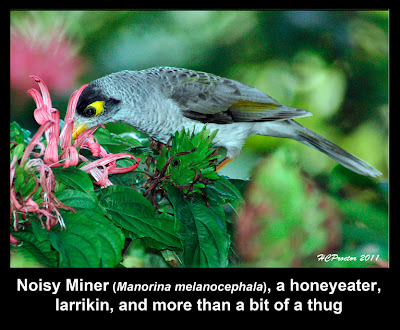 'Psyllid' seems to be hanging on as a common name, although the Psyllidae of my youth is now Psylloidea (‘psylloid’ is a bit pedantic) and contains a number of families, depending on the authority. I follow Ian Hodkinson, not just because he did time in Alberta, but because he and J. Bird revised the subfamily Livinae (Aphelaridae) that includes my two snow-bound specimens. These psyllids are not lerpy, instead the larvae form galls on sedges (Carex) and rushes (Juncus). Some Livia species have been collected overwintering on conifers. The two I collected were from the litter of a white spruce under 40 cm of snow. Since psyllid workers don’t seem to have spent much time looking for their bugs under snow, it is possible that, at least in Alberta, this protected winter habitat is the actual overwintering site. Neither psyllid quite fits a described species, but little is known of the biology of psyllids unless they are pests. Seasonal polymorphisms are known in other psyllids and usually related to diapause, so I may have an overwintering morphology of a described species. Galls, polymorphisms, secret diapause sites, I never thought that such tiny bugs would prove such a welcome winter respite! 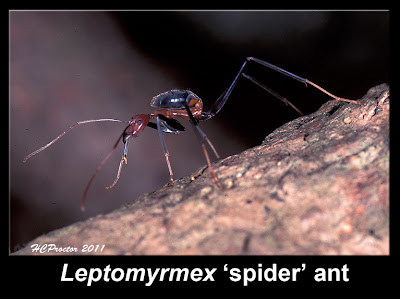 Thanks to The Atavism in New Zealand for opening my eyes to the new Psylloidea in a November post that prepared me to recognize them (I surely would have ignored them otherwise). While thinking of the southern hemisphere, let me say I’m happy to learn that Bunyip Co and A Snail’s Eye View (and her padymelons) survived Yasi and are back to blogging. I hope that is the last of the giant cyclones they have to experience.
For more on psyllids see:
Hodkinson ID. 2009. Life cycle variation and adaptation in jumping plant lice (Insecta: Hemiptera: Psylloidea): a global synthesis. Journal of Natural History 43: 65–179.
Hodkinson ID & J Bird. 2007.Sedge and rush-feeding psyllids of the subfamily Liviinae (Insecta: Hemiptera: Psylloidea): a review. Joumal of the Linnean Society  128: 1-49.
Posted by HomeBugGardener at 1:10 PM 2 comments:

Some Flowers for Tina 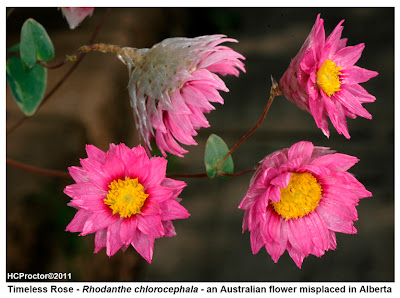 I started the HomeBugGarden for two reasons: I needed an excuse to ruminate on what I could and could not contribute to invertebrate conservation in a small urban lot and I wanted to showcase some of my wife’s excellent photography. The first thing I learned during this endeavour was that although I had spent 40 years learning and practicing some aspects of the biological sciences, some of my most basic assumptions were not very scientific. 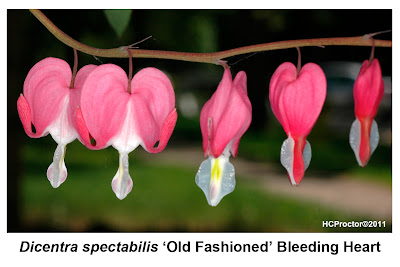 That discovery was interesting, if disconcerting, but since I had decided to give up the profession of a tenured professor of the truth, in favour of one puttering around in a garden, the discovery seemed of but academic (or rather chewing-the-cud) interest. 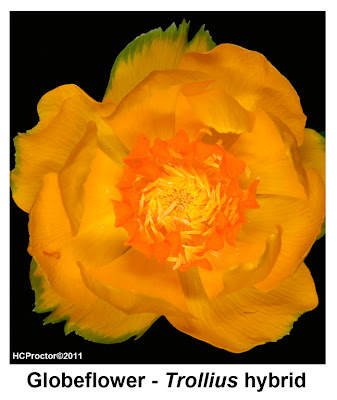 Discovering that things one always assumed were true were not, however, does tend to make one question other aspects of their lives. I’m not really ready to throw over most of these other convictions, but I am prepared to be neutral about them: maybe they are valid and maybe not. I’m pretty sure that when I die I will not go to heaven and God will not explain to me exactly what happened to the dinosaurs, but I am willing to suspend disbelieve about how successful others may be in their search for the truth. 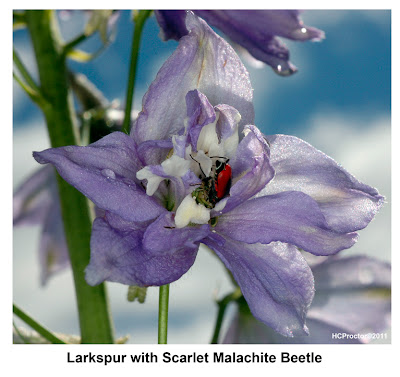 Perhaps I am merely maturing as a scientist – learning what questions can be addressed by the scientific method and which ones cannot. Perhaps. 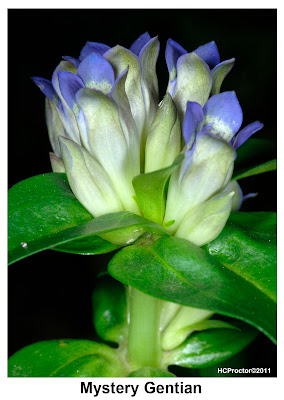 In any case, life marches on, relentlessly. I suppose I know this in the abstract sense, and more immediately in the recent deaths of several of my wife’s relatives. For the last 40 years or so, however, I have tried to keep a very broad buffer between me and my genetic family (the Pacific Ocean worked well). 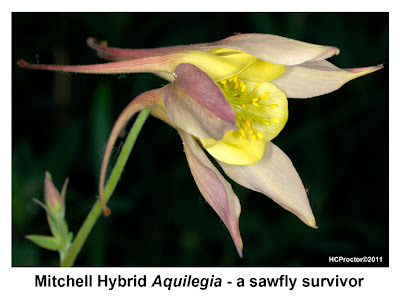 I come from a fairly dysfunctional family – and I think my brothers and sisters would mostly agree with this assessment – but not totally dysfunctional. Minor civil wars aside, my brothers and sisters have kept on mostly civil terms. We all dispersed from our natal home, but all the others have been drawn more or less back. Creepy, as if invisible spider web pulled us all back home, but I have resisted the pull. No kudos to me; though, rejection is always easier than accommodation, and I am the distant one. 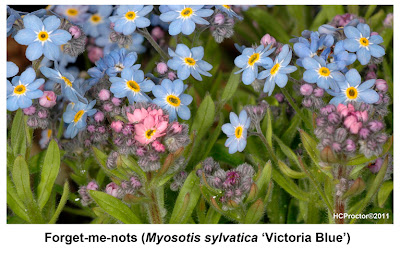 I thought that one day, perhaps, I might go back and get to re-know my family. There’s some saying somewhere about paths and good intentions, and I’m sure I’m stumbling down several of them at the moment, but in this case the good intentions never happened. Now it is too late, at least for my closest sister. 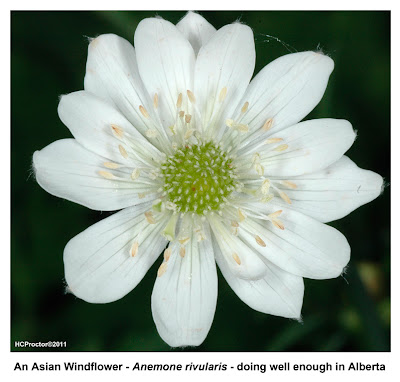 A few months ago, my sister Tina was diagnosed with a cancer. Her emails were invariably cheerful and upbeat and the treatments seemed to offer hope. Then, suddenly last weekend, she was hospitalized with breathing problems. Here last emails told us not to worry, but on Friday she died. 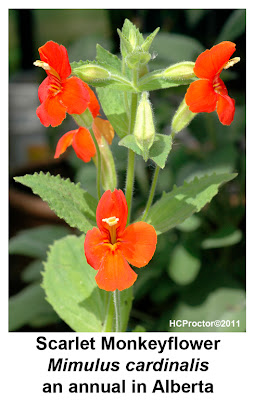 That was very sudden, and all good intentions to the contrary, I will never get to show Tina the Home Bug Garden. I think she would have liked it. Although not an insectophile, she was interested and always sending me pictures of things she or her daughter Tessa had found in the backyard, in the driveway, in the bath tub, in the basement ... 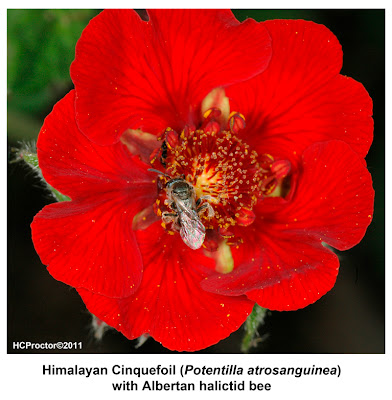 Even if Tina would have just tolerated the bugs, I’m sure she would have like the flowers. So, here is my way of saying goodbye to my sister – a feast of flowers that I never got the chance to show her. 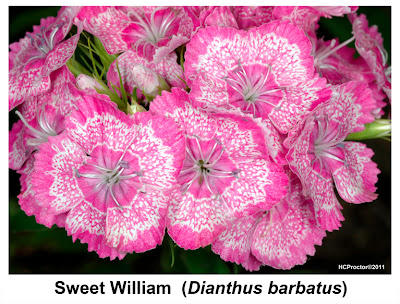 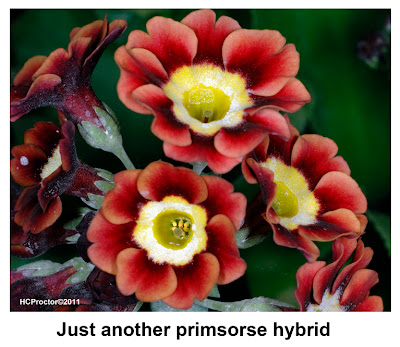 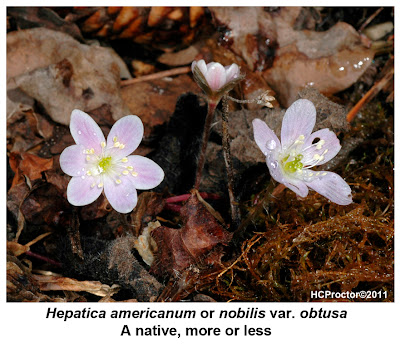 Posted by HomeBugGardener at 8:13 PM 4 comments: