I had an Ad infinitum* afternoon yesterday on an idyllic island in the middle of a water lilly-covered pond. 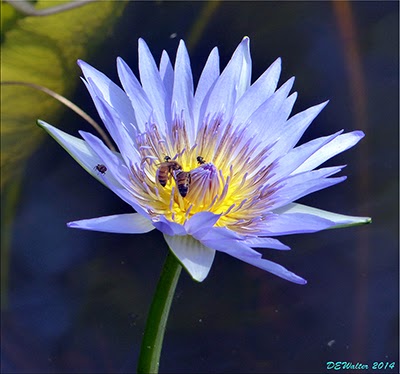 Literally it was lust in the dust as a swarm of several dozen males pounced and pursued females emerging from burrows in the ground.

Radumeris tasmaniensis (Saussure, 1855) belongs to the Scoliidae and is rather large – females to 30 mm long. They have the interesting habit of burrowing in the ground up to a metre or more in search of beetle grubs that they paralyze with their sting. An egg is deposited and the wasp grub that hatches from it proceeds to devour the beetle grub alive.

Since these beetle grubs are often pests (e.g. cane grubs), the wasps are considered ‘good insects’. The males, however, are pretty bogan, lust-crazed and don't know how to take no for an answer. I was not alone in my purving, though. Also absorbed by all the drama was a flight of very large and hairy bee flies (Bombyliidae).
Ligyra satyrus (Fabricius, 1775) is a very large (53 mm wingspan) bee fly. The type specimens were collected by Joseph Banks during the Endeavour voyage and it was one of the first Australian insect species described. Its grubs somehow find their way deep into the ground where they eat the wasp grubs that are eating the cane grubs.
*"So nat'ralists observe, a flea
Hath smaller fleas that on him prey;
And these have smaller fleas to bite 'em.
And so proceeds Ad infinitum."
J. Swift (1733) On Poetry: A Rhapsody